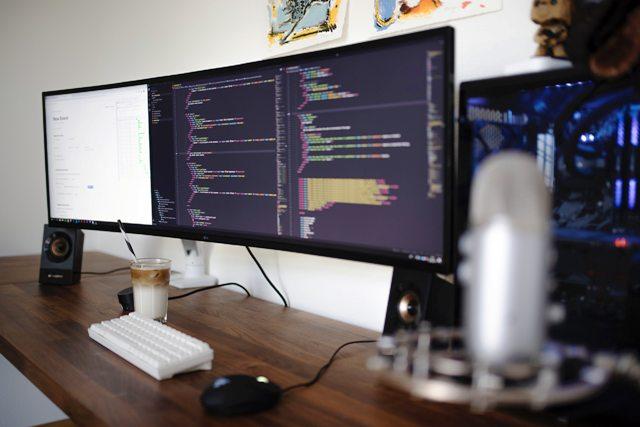 We are living in the age we would call an ‘App-age’. Simply put, app-age is the era where businesses have personalized mobile applications to communicate with their customers. Irrespective of the industry/sector the business is established in or the size, mobile applications are becoming a must have to survive in this digital world.

While there is no stopping the rapid growth spurt of mobile applications and the abundant availability of them in the app stores, their success rate, according to Gartner is only 0.01%.Why is that happening?

There are many reasons why a mobile application fails. Some of them fail due to development issues, while some fail because of testing, execution, or support issues. If an app doesn’t meet the requirements of the user, there is no way it is going to gain popularity, nor will the business be successful financially.

For a mobile application to have zero development issues, it needs to have a good programming language (which is the base for a strong application), a hassle-free database (so that the developer doesn’t have to write hundred lines of codes), and a user-friendly framework to build an app on.

For the sake of keeping this article short, let’s talk about the database part or more specifically, Realm Database and how it is helping developers build robust and interactive mobile applications.

Realm is an open-source database management system that is used to develop mobile applications. And the best part? It can be used for free.

The Realm supports Android, iOS, Xamarian, and other Native programming languages. With Realm, developers can build interactive mobile applications in a short duration of time. Furthermore, it has well-structured documentation that is easy to access and any questions that the developers may have can be easily found and resolved.

Since realm is a fully-featured ORM platform, it’s easier for developers to understand, learn, and write code. It makes the Realm database a favorite among the developers.

Some of the other noteworthy benefits of Realm Database include:- It requires fewer lines of code to build an application- It supports both Swift (iOS programming language) and Objective C- Any application can be easily and quickly accessed- Realm has free APIs for all Android projects- It has large datasets in which a humongous amount of data can be storedIt enables mobile application developers to build robust mobile applications through:

Building an application takes a lot of energy, time, and resources. Also, it is a continuous process of writing code, updating the existing data, and repeating the whole thing again. Doing this while building apps at high speed is nearly impossible for the developers.

This is where Realm can be a huge help to the developers. It is not only fast but also helps developers with repetitive tasks. Its high usability when compared to other databases means that developers don’t have to write long lines of code.

With Realm a developer doesn’t have to worry about writing network codes, internal collections, or even synchronization of data. The open-source database provides them with a sync mechanism that allows the developers to synchronize data with any external sources within just 10 lines of code.

As Realm stores objects in the native object format and the universal tables format using the common C++ language at its core, it can be used across multiple platforms and languages.

‍Mobile applications built on iOS can be easily shifted to Android and vice versa.

Realm’s two-tier architecture helps in hosting front end applications on one network and the database on another network. This provides advantages like hiding internal networks from unauthorized access.

When there is a need to offload work for maintenance, there would be no disruption in the front end as the application can run independently based on the application call. Realm makes it easier for a developer to handle all the processes easily.

Realm database is an excellent tool for working on the backend process. It provides integration with the existing backend services through its object server. The object server is quite fast as reading from disk occurs only when the user is accessing a particular field.

As the objects are live, there is no need for separate threads for any changes to be done, it can be done on the same thread. The paging is done at swift rates as the queries are searched based on the lists rather than going into each and every query.

A database is usually known for its adaptability. Realm database ranks among the top for its versatility. Shifting mobile applications from other platforms to Realm is quite easy and further development of such applications is also a hassle-free process. Moreover, the live objects keep the data up to date without any additional lines of code.

A mobile application helps businesses connect with thousands of customers. So, in order to make the app appealing to every user, a developer must choose a stable database and an effective programming language and businesses can outsource these requirements for a faster and more effective development to reduce risks and save time and money.