What Makes Swift a Developer’s Favorite Programming Language for iOS? 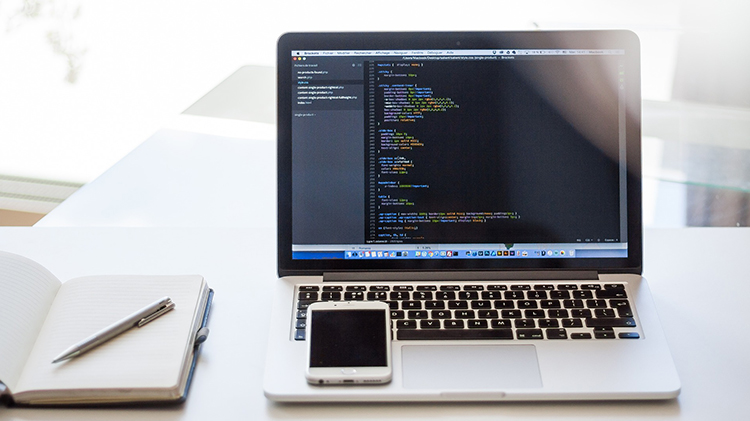 While we know that the different needs of customers can be difficult to deal with, businesses can leverage these differences to provide personalized experiences. In a mobile-first world, the best way businesses can do this is by building a custom mobile application. It allows businesses to make their customers feel special and form an emotional connection with them.

However, poorly made and unresponsive applications can have a negative impact on the business. Hence it’s important that businesses choose the best framework and programming language to build their application for a seamless experience for their customers.

There is a plethora of app development tools and frameworks but businesses often find it hard to build an app for the Apple OS. This is due to the unique programming language used for building Apple apps.

This is where Swift, a general programming language, comes into the picture. It is designed by Apple to replace Objective-C for OSX and iOS application development. It is built to boost safety, performance, and software design patterns of the development frameworks.

Also, it is easy to learn and understand, easy to code, and the quickest when it comes to designing. Developers can leverage this programming language to turn ideas into iOS apps in no time.

Swift is designed as an alternative to Objective-C which reduces the burden on the developers. Swift strives to imbibe modernity into programming language theories and provides a simpler syntax. This makes APIs much easier to read and maintain.

In swift, developers don’t have to worry about putting a semi-colon at the end of every written command. This helps reduce mistakes to make the code cleaner and more reliable. Also, with smart optimization, developers can expect less type-related bugs and run the code faster and get results quickly.

Safety and security are the two things customers look for in an app. That’s why businesses need to take this as a priority. Whether its customers’ personal information or their payment details, all data needs to be perfectly secured. It helps increase customer retention as well as loyalty.

Swift and its in-house developers have put in a lot of effort to make sure that any errors in the code are caught before the full development of the software. For instance, Swift ensures that the developers include the brace brackets to open and close ‘If statements’ to avoid bugs, making sure that all the statements are satisfied.

Open-source programming, simply put, is writing code so that other programmers/developers can use it. As Swift is an open-source programming language, any developer can download or share the code, and can also contribute to making the language better and easier to use.

Developers can find and share the source codes for the Swift compiler, debugger, the standard and core libraries, the package manager, and many other supporting projects.

The open-source Swift is highly effective and is capable of building apps for OSX, iOS, watchOS, tvOS, and run on Mac. Swift.org also offers a Linux version of Swift.

It Supports Many Platforms

Working with Swift is easy and simple. Moreover, experienced developers with a sound knowledge of Objective C can handle Swift effectively. They can write new modules that can be interconnected with the existing Objective C codebase, making Swift extremely compatible.

This makes it easy to be ported and used in various platforms and devices. It can support Apple, Linux, and with the help of SourceKit-LSP, Swift is further trying to support a wide variety of developer tools. Furthermore, Swift is trying to enhance the cross-platform development framework and also provide a portable implementation of Apple frameworks.

It’s Easy to Get Started

Swift provides binary downloads of compilers and command-line tools for Apple and Linux to get started quickly. Also, in order to support other platforms, the updated version of Xcode supports alternate options.

Swift offers flexibility to help developers write codes quickly. Also, businesses can build mobile applications with ease and put in distinctive features to stand out from the competition.

With the ever-evolving mobile app development technologies, businesses must choose a framework with a stable programming language, making the app suitable for all business needs.

Fission Labs is a technology company with numerous technocrats backing it to provide the best customer-centric solutions to its clients. The developers at Fission Labs have mastered Swift to deliver mobile applications for Apple devices, providing a wider reach for businesses across the globe.