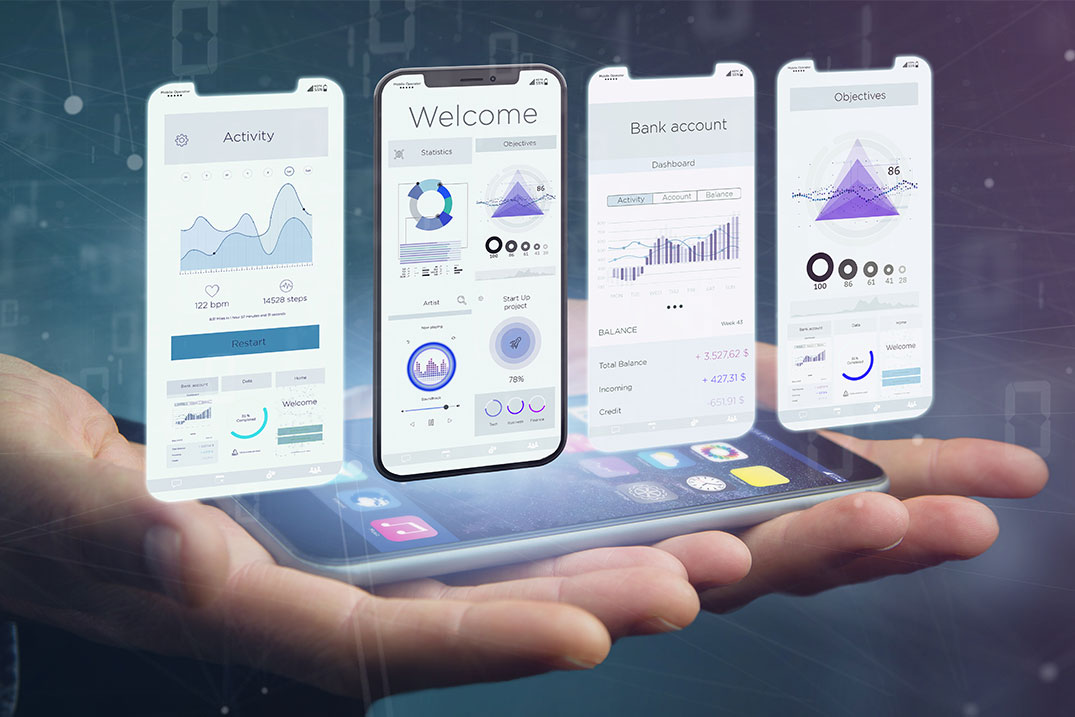 Created by Facebook in 2015 and adopted by 42 percent of developers globally, React Native is a JavaScript-based cross-platform framework. It enables companies to develop iOS and Android applications simultaneously, offer a native experience, improve operational scaling, spearhead developer velocity, and provide a declarative user-interface that translates into improving the business’ bottom line.

Global mobile app development costs (Android and iOS) averaged approximately $1026 per hour in 2015. The cost is anticipated to surge in 2021, with a substantial increase in 2020 when companies had no option but to go digital. Numerous cost contributors such as research associated with concept development, design, app development, deployment, hosting, monitoring, and updates - the list, based primarily upon an app’s infrastructure, is endless. Furthermore, the following factors contribute towards the cost:

Apps are divided into small, mid-sized, and complex; they determine the development cost and deployment time. Small applications are usually limited to an OS, core functionalities, and essential UI components. They do not require third-party API integrations and advanced backends. A mid-sized app could be limited to a platform but has advanced functionalities such as payment integrations. Complex apps, mainly database-driven, branch into multi-tier UI components, animations, large databases, etc.

Predicted to grow by $5.81 billion, the Internet of Things (IoT) has forced companies not just to limit themselves to single-device development. Moreover, native mobile app development for Android and iOS requires developers to learn Java, Swift, Objective-C, etc. The decision to opt for cross-platform and devices only adds to the app development cost.

The app complexity and budget dictate the development team structure and location, whether it be a generalist’s team, specialists, hybrid, or an independent developer. However, initial research should include exploring the clientele for all the developers’ genres to analyze the type of applications they mostly develop. Also, whether the products developed by the selected developer type correspond to your app-development objective must be taken into consideration.A remote team’s location dictates the cost due to the average labour cost and their client portfolio.

Quality UI and UX design are an expensive and labour-intensive process. In fact, despite being a substantial cost-contributor, a useful UI may be the only end-all considered by non-technical end-users. The primary cost determinants are user-type research, testing, developing prototypes and their deployment, understanding the client’s business objectives and translating it into an efficient UI design, visual guidelines.

Value for time to end-users involves not just core features in the app but also features that provide a competitive edge. Although it dictates an increase in cost but promises a substantial ROI. If the end-user product is an e-commerce application, the app features and backend functionality is dynamic and continuous as it impacts buyers as well as sellers.

App maintenance is not just limited to UI upgrades. It involves effective content generation, graphics, servers, hosting services, efficient or more extensive databases, code modifications, platform diversification that impacts the mobile app development budget. In addition to that, competent marketing is an unsaid added cost that sometimes may be overlooked as a part of core app development.

A single codebase for multiple platforms - this, along with its host of other features in the following discussion, differentiates React Native from other mobile app development platforms. It seamlessly renders its host platforms’ (Android or iOS) standard APIs instead of other framework’s utilization of rendering web views, providing optimal UI and UX interfaces. Others, on the other hand, in their aim to replicate the native UI elements, glitch.Regardless of platform, React Native’s component elements, such as ‘View, ‘Text’ and ‘Image’ map directly to either of the host platform’s native front-end, benefiting from the current resources to render views. Even when a native platform API is unavailable with JavaScript, developers can access current Objective-C, Swift, or C++ libraries instead of returning to the drawing board.

As mentioned earlier, React Native improves developer velocity due to its rapid development and deployment. Expo, a React Native framework, makes it possible as it helps in faster iterations across all platforms.

Applications or businesses with a heterogenous user-base need to respond to their users’ feedback on the fly; otherwise, they risk losing them to the competition. As the platforms implement changes to their Operating Systems, the apps need to keep up the pace. React Native allows that even more efficiently than native development, with its fast refresh.

React Native boasts an extensive collection of built-in core components set and APIs along with being the most comprehensive community-driven frameworks. This, in turn, provides accessible component libraries, which can be utilized accordingly. Consecutively, leading to lower mobile app development cost.Notably, the libraries are not just supported by individual developers, but developers associated with companies employing React Native for their application development as well.

Due to React Native’s cross-platform framework and a declarative UI, User Experience and User Interface are optimized according to the latest industry standards. Also, its quicker iteration ability has enabled developers to build accessible app templates, UI component libraries, animated libraries from Adobe After Effects, vector icons, maps, themes, and other related components - providing maximum value for the budget.

Even though our knowledge regarding React Native may be extensive; its exhaustive adopters’ list is the right-push forward for the remaining businesses.

When industry leaders across the board have made a switch to React Native, it is only logical for start-ups to follow suit, as well. Choosing a development team that provides end-to-end, agile, scalable, future-ready mobile app development solutions with complete ownership and accountability is a feat but not impossible to achieve. Fission Labs’ team of professional experts can help you build cost-effective mobile applications with React Native - leading the business from Proof of Concept to product delivery and maintenance. Get in touch with Fission Labs now for a custom solution!